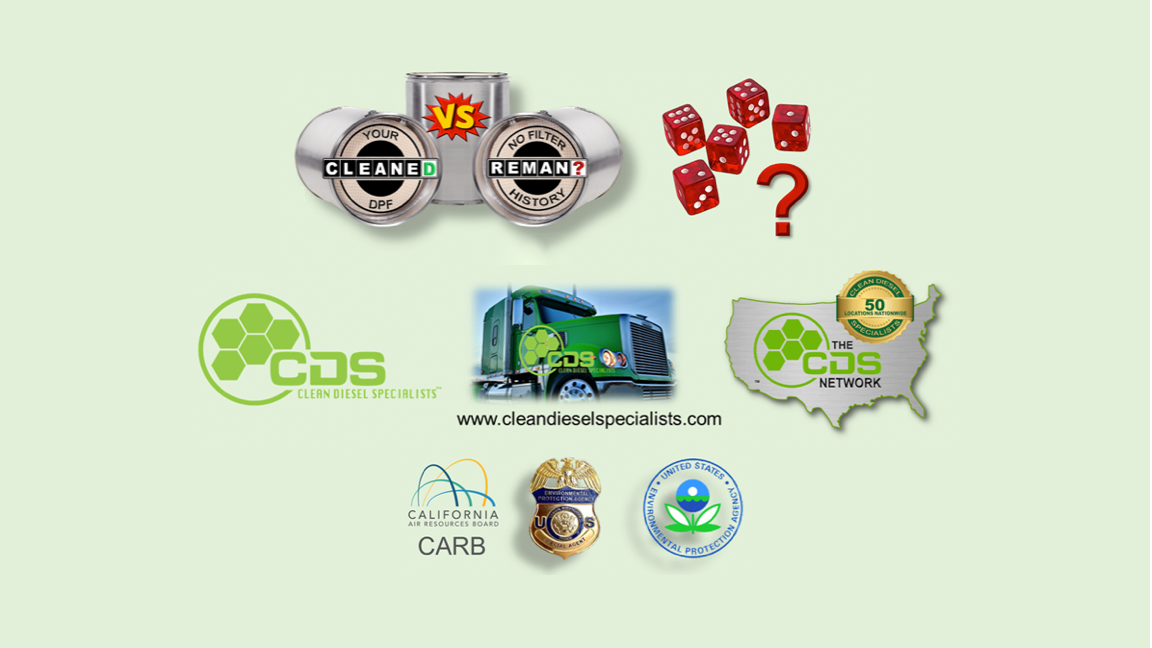 This article was compiled to provide some perspective on the use of DPF reman units. Is it really a good deal or is it a roll of the dice?

We’re finding an increased number of fleets have been installing used DPFs, said Heather Quiros, Chief of the California ARB Diesel Programs Enforcement Branch. California is the only state that prohibits the sale and installation of used DPFs, in part because “you have no idea the condition of the filter – and if it’s compatible with your engine.” If it isn’t compatible, it could damage a truck’s engine, as well as increase air pollution. DPFs need to be matched to an engine’s duty cycle of work properly. DPF’s must be maintained as well. When properly taken care of, a DPF should last a truck’s life span – up to 10 years…Inferior replacements, while less expensive, may not work. “If a deal seems too good to be true, it probably is.”

California is one of the most restrictive states when it comes to diesel emission regulations. Twenty years ago, the state identified diesel particulates as toxic air contaminants that can cause cancer and other health problems. The state set in place various regulations to better control them, and is the only state that requires older heavy-duty diesel vehicles to install DPFs. Additionally, California law enables the state to test heavy-duty vehicles travelling into or within the state for excessive smoke and emissions at border crossings, weigh stations or randomly selected roadside locations. In California it is illegal to replace a failed DPF with Reman or other aftermarket replacement units. Even if serviceable, Remans and aftermarket replacements are not allowed to be sold or installed in California. Fines have been issued to companies selling and installing aftermarket replacement DPFs before certification. Initial violations begin at $35,000 and increase with the number of trucks involved. Trucks currently outfitted with Reman or aftermarket DPF’s, regardless of origin, who require service in California must purchase OEM equipment.

Is it a Deal or a roll of the dice to use reman?
Here are some questions to as provided by DIESEL EMISSION STRATIGIES. ORG

To learn more about this topics and other things related to proper DPF cleaning and replacement, please contact one of the pros in the CDS Network.

This site uses Akismet to reduce spam. Learn how your comment data is processed.